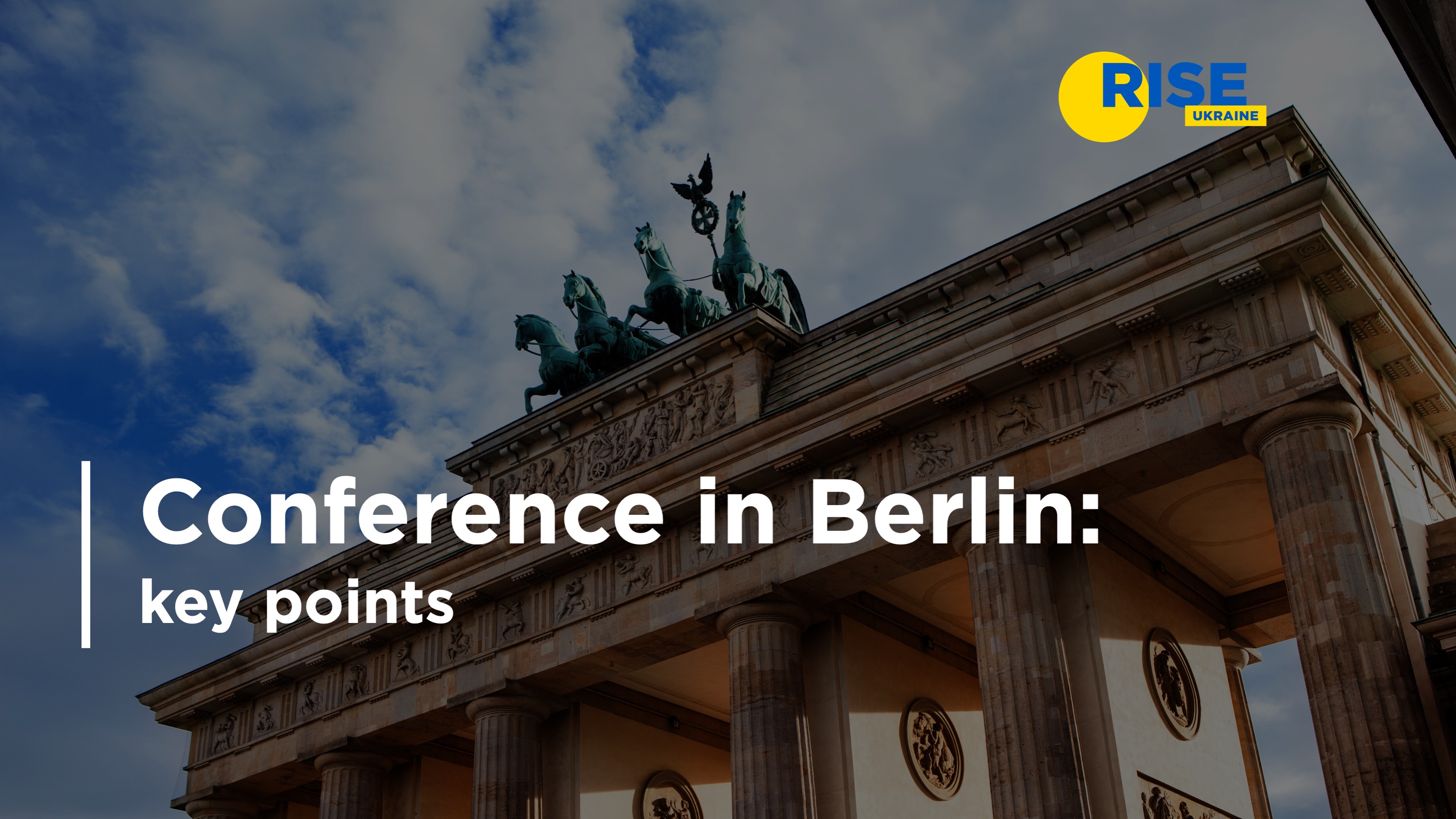 On October 25th, an international expert conference on Ukraine's recovery, reconstruction, and modernization took place in Berlin. The event was attended by national leaders, experts, and managers of large companies. The initiators of the meeting were German Chancellor Olaf Scholz and the European Commission.

What statements and agreements were announced?

Ukraine's urgent needs are estimated at $38 billion of the budget deficit and $17 billion of the so-called Fast Recovery Plan — a plan for critical reconstruction.

"This covers hospitals, schools, and vital transport and energy infrastructure. We have a great need for housing reconstruction where Russian tanks and artillery have methodically destroyed cities. We have not yet received a single cent for implementing the Fast Recovery Plan! I urge you to bring the necessary solutions closer, to speed up the process of involving partners in our reconstruction," emphasized President Volodymyr Zelenskyy during his speech.

2. Marshall Plan of the 21st century

Before the conference, Ursula von der Leyen and Olaf Scholz announced the creation of a coordination platform for donors for the reconstruction of Ukraine.

They want to create this mechanism in the coming months, by the end of 2022 or the beginning of 2023. In the future, the platform should become the basis for the "Marshall Plan for the 21st century", as von der Leyen and Scholz called it. Not only European countries should join the initiative, but also G7 participants and other willing parties.

However, before that, the platform for regular meetings of allies of Ukraine - The financialFinancial coordination platform and meetings, the so-called "financial Rammstein." President Zelenskyy called for its creation. This format will discuss urgent monetary needs with a gradual transition to medium-term tasks.

Olaf Scholz said that it is never too early to talk about reconstruction. According to him, Ukraine support will be provided as long as it takes.

The Ukrainian government hopes to attract approximately the same amount ($1.5 billion per month) from the United States.

European Commission President Ursula von der Leyen praised Ukraine for being a digital society — the most digitized after Estonia among European countries — and having systems work even with a war raging.

One of the main messages of the conference, she said, was that Ukraine had everything it takes to rebuild itself — the determination, a vibrant civil society, friends around the globe, and an impressive resilient economic base despite the atrocities of the war.

This issue was not touched upon again at this conference. However, successful reconstruction is impossible without a clear understanding of the rebuilding processes and proper coordination of all parties. Therefore, it is essential to continue working in this regard and create a unified vision of the reconstruction design.